Dominica, the "Nature Isle of the Caribbean," is one of the largest and most northern of the Windward Islands in the West Indies. Situated between the French islands of Guadeloupe and Martinique, Dominica is bordered on the east by the Atlantic Ocean and on the West by the Caribbean Sea. 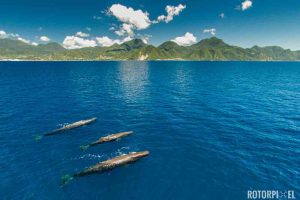 Geographically speaking, it is one of the "youngest" volcanically created islands in the Caribbean. It features majestic peaks, rugged, volcanic terrain, pristine coral reefs, tropical rain forests and hundreds of rivers and waterfalls.

The people of Dominica have a strong sense of national pride in the island and the efforts to sustain its natural resources have been in place for generations. With its extensive natural park system and marine reserves, visitors can discover a world on Dominica that is as pristine today as it was hundreds of years ago. Dominica is a nature lovers Eden and truly has something for everyone.